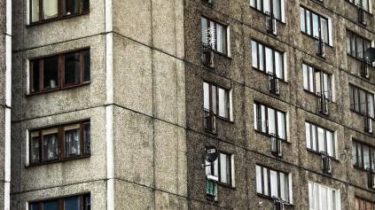 The government is working on a bill that would resolve the issue of rent housing in Ukraine.

It is reported by the Government portal, with reference to interview of the Minister of regional development, construction and housing and communal services Gennady Zubko edition “Obozrevatel” .

So, in his opinion, an important task is the settlement of the question of rental housing.

“Right now, about 70% of the market rent is in the shade. Preparing a law that will allow you to write rules in this area: what is rental housing, how people have to possess to obtain a residence permit, how should they move out, if you do not comply with the terms of the contract”, – said Zubko.

He also added that the rental housing must be counted in the expenses of the enterprise.

“That is the Bank, the company, any institution could spend part of the funds for repayment of rental housing to their employees. It does not require the purchase of service apartments and their contents. This option is possible for the national police and the armed forces. Investors will invest in the construction of housing for sale and for rent. This gives you the opportunity to build a property and get on with her legal income”, – said Zubko.

VideoCAM get the subsidy in the case of rental housing

He also added that last year there were made several important steps in terms of deregulation in the construction industry.

“Simplified licensing procedures. The city suffered from situations when the developer began work on the Declaration under the individual building, and in fact drove a high-rise building. Now this scheme nepremennym,” said Zubko.

He said that currently preparing amendments to the Housing code.

“Set up a working group to develop route map to make housing more affordable. The state now maintains two categories of people: ATO participants and IDPs. We would like to actively work municipal program. If a company wants to develop and attract investment, it must create and attract staff, providing people with housing”, – said Zubko.

Earlier it was reported that foreign citizens will be able to participate in the leasing of Ukrainian state facilities.