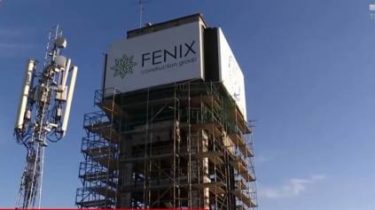 About a month left before the opening the facade of the House of trade unions on the Independence Maidan in Kiev. The building continue to repair after a terrible fire during the terrible events of the revolution of Dignity in February 2014, according to a story TSN.19:30.

Since then, the charred facade covers a huge banner. Journalists had a tour and showed now look hidden they renovated the premises. Roof work continues on the device in a mechanical clock that may subsequently become one of the touristic visiting cards of the Ukrainian capital. In offices, work is continuing and you can see the new banner covered the facade, which is made of artificial white stone the same color as the original in 1981.

Videogranny big Ben and the room of memory: how it will look restored the House of trade unions

For the third year in the building, the restoration work continues, currently, the builders are already at the finish line: part of the premises even heated, it will be put into operation after a couple of months. TSN walked the floors of the legendary building. 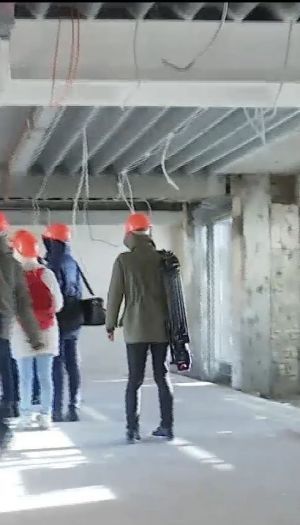 Inside also trying to recreate everything as it was before the fire. Of the thousands of plates that were the basis for the design, dismantle, had more than 600, soot and smoke cut off the special equipment. “Based on the fact that it can be carcinogenic, we don’t know what the connection during the burning that was inside so they were cleaned by a special technology to clean concrete”, – said the Director of the Fund for the revival of the building of Vadim Andreev. In some places the walls have already poshtukatureny, in the offices of trade Union organizations is heating repairmen I hope that the summer here will be able to work.

However, back to back, not all those who occupied the room before the fire, because a third of the area of the building, and it is a 6 thousand square meters of the 18, give the investor, due to which you are restoring. While accurate information about their use, but according to informal, and there will be companies that are engaged in real estate. And on the second floor, where during the revolutionary events of act one of the headquarters of the Maidan, will equip a memorial room. A branch of the Museum of the Heavenly hundred in the House of trade unions will have a separate entrance via the lift. Next week in this room to be held a visiting session of the Ministry of culture and maydanovtsev that will decide what will be exhibited in this square.