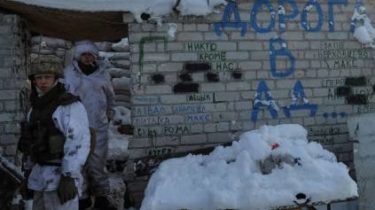 To the North of the occupied Donetsk Ukrainian military defending their positions in the immediate vicinity of the enemy and under the supervision of the drones from the sky. On the outskirts of the Town every soldier must be as vigilant, says the story TSN.19:30.

“Even without optics, no nothing – visible”, – say the soldiers the conditions in which to observe the enemy. Trench warfare is that without moving forward and eye to eye with the enemy. “Working professionally, so they know where to shoot, where we are,” admits the soldier Valentin. The gray area is now almost gone, recognize the fighters, and the distance between the participants of the conflict is that on the opposite side you can throw a hand grenade.

Video”They have tested”: the military told about the situation on the front line during rotation of the militants

Under the small fire on the ground and with the ever-circling over the heads of hostile drones – that this reality is now holding the front North of the occupied Donetsk, the Ukrainian military. Avdiivka industrial area – a complete Stalker. Between the ruined houses, it seems even difficult to understand where the position of the Ukrainians, and where the enemy positions. 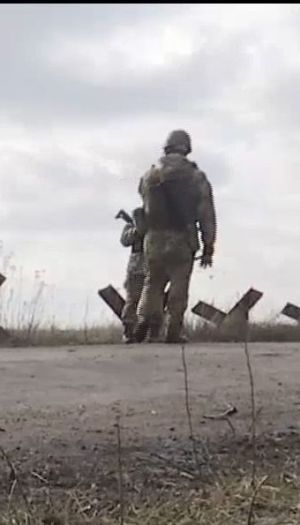 Shooting in such conditions it tied very quickly and very often. It does not depend on political arrangements, or modes of the ceasefire. “Against us are not the ones who negotiate in Minsk – they spit on the Minsk agreement”, – said the soldier Vladimir. Negotiations on the front line have their own strong words in the direction of the enemy. Those when reply the word insolvent, clutching the weapon. Especially active fighters after their rotations, when newly arrived soldiers defense overtures to the military and discover their firing points.

Militants fired Ukrainian military positions near Avdeevka, there are wounded

To move to the most advanced industrial area near Avdeevka difficult because soldiers and terrorists somewhere share not even hundreds, but tens of meters. “On average, 70-80 meters”, – says the fighter with the Callsign “Aladdin”. The military said that in these positions felt that stops the enemy only when he is forced to be silent. And just how powerfully “put” soldiers “soothing” depends on further silence in this area.