Putin-millionaire announced a “modest” Declaration for the last six years 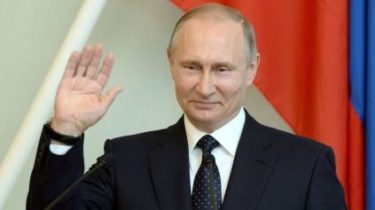 The Central election Commission of the Russian Federation has published the returns for the last six years, officially registered candidates for President of Russia. One of them the current head of state Vladimir Putin.

Stated that for the past six years, the income of Putin amounted to 38 million 528 817 thousand rubles. It – salary, income from deposits in banks and military pension.

Banks Putin has opened 13 accounts for a total amount of 13 million 824 thousand rubles. He also pointed out that he is the owner of 230 shares of OJSC “Bank Saint Petersburg”.

The President of the Russian Federation has an apartment of 77 sqm and a garage of 18 square meters in St. Petersburg.

In Moscow he has an apartment on 153,7 sq. m. Provided that the order of the Moscow Government’s housing he gave in perpetuity.

Remind, for the seat of the President of Russia will compete for eight candidates.