In Kiev from-for dumps in one of the apartments in high-rise buildings have spread rats, cockroaches and maggots 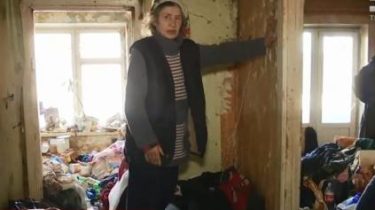 In Kiev in a Studio apartment a woman years collects bottles, clothes, and food waste what entrance spreads a strong smell, and in the house there were cockroaches, bed bugs and even maggots. Neighbors complain that their requests and complaints have no effect, according to a story TSN.19:30.

Maria Iosifovna invites you to his house, although there knee-deep debris, the presence of which the owner explains simply: “what I want”. Two years it gathers in the house, empty bottles, old clothes and even food waste. Neighbors say that the problems started when 60-year-old woman was left alone: my husband and I moved to the village, and two sons died.

Videotranny, bedbugs and maggots: in Kiev, residents of the house suffer because of a neighbor, who collects garbage

In a Studio apartment years a woman collects bottles, clothes, and food waste. Therefore, in her apartment there were cockroaches, bedbugs and even had maggots. Most of all because this affects the neighbors of the apartment buildings. Female problems that do not see and calmly let journalists into her apartment. 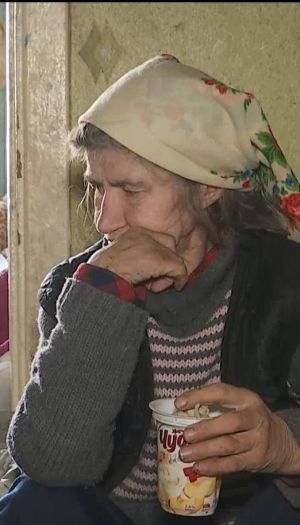 Irina Cehmistry family lives downstairs and says that during this time have seen different. “It was the worms from her balcony to ours. It was a rat. And cockroaches. Saturday was the last straw, when our heads faeces ran. Then you can not live”, – said the neighbor. In the house say they appealed to the police and to doctors, the woman was twice taken to psychiatric hospital, but she came back. “They say that it is adequate that they are unable to take treatment because it is non-aggressive,” – said neighbor Nina Boychuk.

In the river from one apartment took eight Trucks of garbage

Lawyers are advised to solve the situation through the courts. “Refer to the sanitary-epidemiological service, the police and the housing office in order to secure that the neighbor is violating health standards. Then with all these documents neighbor has the right to go to court,” says Eugene Kolka. Only if a person with a pathological accumulation can recognize incompetent, but put on compulsory treatment in a hospital, if the patient himself does not recognize his disorder and not threatening others – will still not work. “Here one should rather speak of human response to trauma, difficult life circumstances. However, it is also a symptom of some mental illnesses, including quite heavy”, – said the psychiatrist Yuri Fedin.