On independence among Berkut officers were the special forces of the Russian Federation. 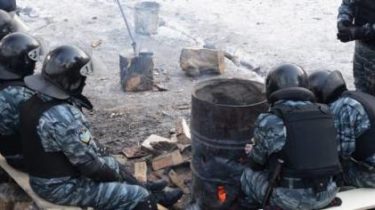 During the Maidan 2014 in the ranks of the soldiers of “Berkut” were Russian special forces who wore Ukrainian workwear.

This was stated by the former head of the SBU Valentyn Nalyvaychenko during questioning on charges of treason, ex-President Viktor Yanukovych in Obolon court of Kyiv on February 7, writes “Ukrainian truth”.

“Repeatedly, since the beginning of February, almost every night against us put special forces armed, well dressed, equipped with the identification signs “Berkut” Ukrainian special forces. Among them were dressed as commandos from the Russian Federation. They gathered near the October Palace. Chevrons covered the Russian top Ukrainian clothing, which were given by order to your client Director of internal Affairs at the time Zakharchenko (Vitali – approx.ed.)”, – he said.

According to Nalyvaychenko, Ukraine and Kiev in January and February 2014 and in December 2013, came the officers of the armed forces of the Russian Federation and FSB of Russia.

“They came with weapons. The witnesses had clearly indicated that they had the appropriate tools with them – Russian officers of the FSB – with the permission of the then leadership of Ukraine. One of the generals, the heads of the security service of Yanukovych drove to Kiev Surkov is a Russian citizen, assistant to the President of Russia”, – noted ex-the head of the SBU, adding that it has evidence of the presence of the representatives of the Russian special services on the Maidan.

In addition, Nalyvaychenko said that was on the Maidan when special forces started shooting the protesters.

“20 Feb 2014, I came at 8 in the morning in the Verkhovna Rada. Was in the Committee of foreign Affairs on the Garden. I saw from the window that the street borders the Garden are dressed with yellow ribbons like the commandos, dressed in black. They heard the guns. The so-called titushki, who for money has agreed to support these commandos, they came sticks, sticks and the like, is delivered centrally of the iron helmets green. Seeing this from the window, I immediately went to the Maidan. The heroes of the Heavenly hundred were without weapons – I testify that seen,” he added.

Separately, former Sbushnik stressed that the snipers were images of people they had to kill.

“That was distributed to the portraits on the destruction… Dmitry Yarosh – confirm, was this portrait of the snipers. Relative to the other – let the voice of the Prosecutor General’s office during the prosecution, I hope that this trial will” – summed up Nalyvaychenko.

We will remind, earlier relatives of the Heavenly Hundred Heroes took to write the real story of the Maidan. They want politicians to not interfere in the process and looking for actual participants in the events.

Today the relatives of the victims of the Heavenly hundred gathered at the Maidan, to remember those who died first. Convinced, the real memory of each of the dead is not only the monuments and plaques, and the continuation of their cases and justify their dreams. 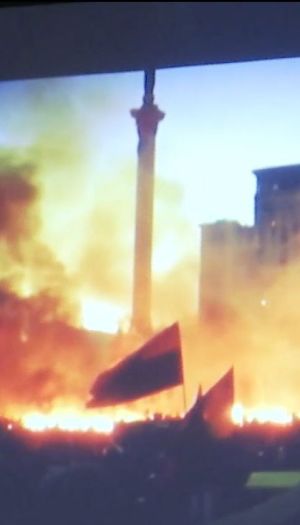