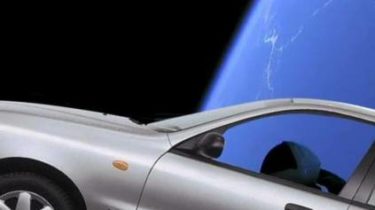 American inventor, Creator of Tesla, CEO of SpaceX Elon Musk launched into space together with the carrier rocket Falcon Heavy your old car. The event stirred the whole world, and especially fans of engineering creativity Mask. He is not the first time surprises the mankind with their unique inventions in the field of space technology, but the launch of the car in space did not leave indifferent even those who have never heard of the genius.

Immediately after the launch of the Network began to appear different parodies, ironic memes, and Amateur video that compare a running car with the bus, “Lanos”, carry the machine into the world of space battles from the movie “Star wars.”

“Antonov” will transport on “Ruslan” cargo for SpaceX

Thus, the user Michael Golub at Twitter posted a series of memes and parodies. This, in particular, the author compares Tesla Elon musk with popular in Ukraine Daewoo Lanos:

As all was actually pic.twitter.com/jvZJcs5tUv

The following GIF shows that a car with a Mask in space, participating in the battles from the movie “Star wars”:

Also, the user Golub moved the car in a gray Russian or Ukrainian reality is grim Soviet apartment houses and dirty courtyards:

Ironically joked the users of the Networks on the likely “answer” Russia Elon musk:

The following photo shows the molded prisoners from a snow missile launcher “Topol-M”, painted in the appropriate colours. Submitted the joke as another “answer” the Mask:

Omsk prisoners blinded from the snow Topol-M ” in full size

Russia will always find than to respond to the West. Just trampled the Falcon Heavy along with Tesla in the dirt pic.twitter.com/vCEymOC9c2

The Ukrainians, too, reacted ironically to their own reality and created a series of humorous publications:

The Ukrainian space Agency is preparing to launch a rocket pic.twitter.com/lfeicJfyV5

I hope that I will fall into the garden) ratana, touched up her and I will go pic.twitter.com/Mr4myWIB8H

Published by Eugene Magda on 6 February 2018.

Recall, a private space company SpaceX launched the super-heavy carrier rocket The Falcon Heavy. The missile launched from the launch platform in Florida, she has crossed the orbit of Mars. Cargo is a personal old car Elon musk.