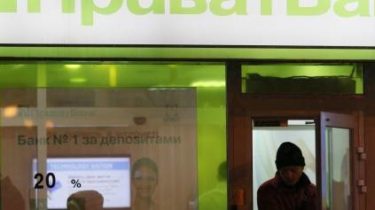 The national Bank of Ukraine after the reviewer agreed on the appointment of the new Chairman of the state “PrivatBank” Peter Krumhansl.

“08.02.2018 the Board of the National Bank of Ukraine agreed on Peter Krumhansl to the position of Chairman of the PJSC “PrivatBank”, – stated in the page controller in Twitter.

Remind, the Supervisory Board of “PrivatBank” has been appointed as the new Chairman of the Board Peter Krumhansl 10 January this year.

In a press-service “PrivatBank” note that Peter Krumhansl was born in 1966. In 1990 graduated from the Charles University in Prague with a PhD in mathematics.

“On top management positions in leading banks in the European Union, he distinguished himself as a demanding and pragmatic leader, focused on improving processes and organization of reliable system of internal control. He also has proved its effectiveness in the Ukrainian banking market during the crisis of 2008. For the posts of member of the management Board on operational issues in “Raiffeisen Bank Aval” Peter Krumhansl achieved a substantial reduction of costs due to the restructuring of the branch network and introduction of new business models and reshaped the Bank in adverse market conditions,” – noted in “PrivatBank”.

Krumhansl was also a member of the management Board on operational issues created by the government of Austria of the company on management of distressed assets Heta Asset Resolution, where he was responsible for the allocation of non-performing assets in the so-called “bad Bank”, and for determining corporate strategy, ensuring adequate infrastructure and legal support.

Recent experience Krumhansl was related to the dynamic China market, where it is in the position of member of the management Board on operations of Home Credit in charge of all operations of the Bank, which worked more than 85 thousand employees.

“One of the strengths of Mr. Krumhansl is a clear management style aimed at reaching an understanding on the way to achieve corporate objectives and goals. In addition, he has a reputation as a trustworthy and reliable person, open and direct in communication, able to act rationally in any critical situation,” the praise of his new Chairman of the Board in “PrivatBank”.

“In the process of evaluating candidates for positions on the Board of “PrivatBank” first of all guided by such criteria as professionalism, experience in the leading EU banks, result-oriented, extensive experience in operational management and implementation of monitoring tools,” said Supervisory Board Chairman Engin Akchakocha.

He argues that Krumhansl meets these requirements.

“Peter meets all the basic requirements, and he has already proved in practice its ability to effectively restructure weak banks. Focus on transformations to improve operational efficiency is a distinct advantage. Personally for me it made an impression and inspired vysokopatogennogo person. In addition, he will focus more on operational management of the Bank than on self-promotion. Also, Peter is fluent in English and Russian languages, which will greatly contribute to the effective interaction with other members of the enhanced team of “PrivatBank”, – said the Engin Akchakocha.

Remind, after the nationalization of the “PrivatBank” was headed by Oleksandr Shlapak, who was in this position six months. In July 2017, it was announced that the Supervisory Board of “PrivatBank” was chosen by the international recruiting company Amrop Executive Search Ukraine with a good reputation for the search of candidates for a new Chairman of the Board of “PrivatBank” and its assistant on financial questions.

The national Bank of Ukraine
,
PrivatBank