Thursday marked not only by attacks of militants in the Donbas, but also from Russia. Chronicle of the ATO 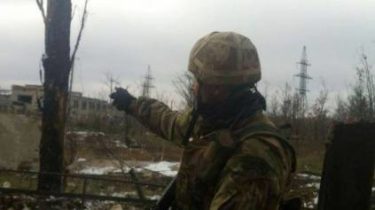 For Thursday, February 8, in the area of ATO in the Donbas the militants four times fired at positions of the Ukrainian military.

In particular, on the Donetsk direction the rebels concentrated their fire activity in the seaside area. They used 120-mm mortars near Shyrokine. From 82-mm mortars and grenade launchers fired near Sand and Water.

“As a result of enemy fire on the sea of Azov received a combat injury to one soldier of the Armed forces of Ukraine. He was quickly taken to a military hospital and given the necessary volume of medical care”, – stated in the message.

Recall, today at 12:30 from near the village of Ushakovka, in the territory of the Russian Federation, was carried out provocative shelling of small arms in the direction of Ukrainian troops in the Luhansk region. They performed the tasks on strengthening of divisions of the State border service of Ukraine. None of them was hurt. The return fire was not opened.

“However, it should be noted that representatives of the Russian occupation troops continue to cover up the negligence and irresponsibility of their fighters mythical shelling of the antiterrorist operation. So, February 7, they stated that the Ukrainian military using artillery of 152 mm calibre, fired at the settlement of city type Verhulivka that region. Intelligence headquarters of ATO found that the harm to local residents was caused by the detonation of ammunition and fragmentation artillery shells because of the non-fighters of fire safety rules. In addition, the fact of concealing the loss of a few units of cannon artillery”, – said the press center of staff ATO.

Note that in the Donetsk region prevented a bloody attack, catch near the route cache of Russian bombs.