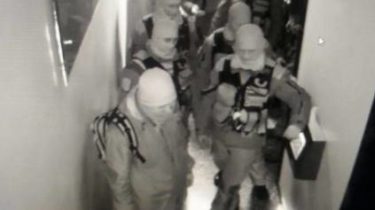 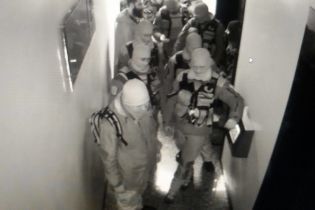 The office of the newspaper “News” in the capital business center GULLIVER unknown to the security forces arrived and was searched.

This was reported in Facebook the chief editor Oksana Omelchenko.

“Well, everything started! Around 6 am surrounded by GULLIVER come to our floor are “cute” people. Colleagues from the Radio, that sounds like it’s started to destroy everything. About to start on the online site. Just today ready to print the second part of the investigation about the Agency and his friends,” she writes.

Well, everything started! About 6 in the morning surrounded “Gulliver”, coming to our floor are “cute” people. Colleagues from the Radio, Thu…

In the comments the lady asked gave if anyone present suspected.

According to her, the security forces threaten the media and block the work of journalists.

“So, things are moving fast. The heroes of our publications, in particular, the investigator of the military Prosecutor Opanasenko threatens journalists “News”: “If one more word to say, I won’t miss you, did you know?”The security forces have not allowed journalists to work, which now we have to go on the air. Of course, they also hurt security forces to destroy and steal our stuff – they already endure, and break down doors with crowbars and bolt cutters,” writes editor-in-chief.

So, things are moving fast. The heroes of our publications, in particular, the investigator of the military Prosecutor Opanasenko …

The GPU and the SBU announced the publication of “up” that information about the searches do not have.

“If we have information we will publish it”, – said the press Secretary of the Prosecutor General Yuri Lutsenko Larisa Sargan.

She noted that the searches can be associated with the ex-Minister of incomes and fees Oleksandr Klymenko.

Against the ex-Minister, a fugitive Klimenko opened another criminal proceedings

At the same time, the press service of the National Agency for the identification, investigation and asset management, reported that the premises at 31, 32 and 33 floors (located on 32 “News”) today, February 8, entrusted to the national Agency.

Recall, February 3 officials of the National Agency of Ukraine concerning the identification, investigation and management of assets derived from corruption and other crimes once again tried to take control of the assets in the office center GULLIVER, in a room which is the editorial staff of the newspaper “Vesti”.