Groysman plans this year to repay debts on benefits and subsidies 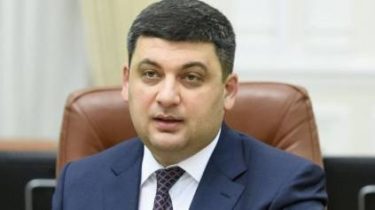 The government of Ukraine will make every effort to have the debt for benefits and subsidies was repaid this year.

This was stated by Prime Minister of Ukraine Volodymyr Groysman at the meeting with the government and Parliament, reports “up”.

“Debts on benefits and subsidies were not born yesterday, nor the day before. These debts we need to repay. I believe that in 2018 we will be able to bring all debts to zero”, – he said.

According to the head of the government, this issue is not only the work of the present Cabinet, and appears before the Ukraine chronically.

We will remind, the Prime Minister Volodymyr Groysman urged the leadership of the national Commission on regulation of the electricity market and utilities to review the methodology of calculation of payments by the population. The government is concerned that thus, de facto, there was an increase in costs for consumers.