In London block of ice fell from the plane, nearly killing the janitor 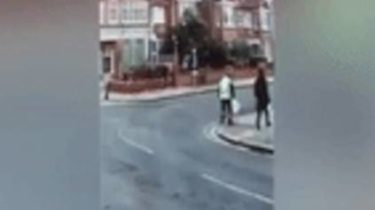 In London, a few meters from the janitor to land the plane that flew above the city, fell a large piece of ice.

The weight of the blocks, as noted, was about 20 pounds. After falling at high speed scattered around hundreds of pieces of ice. The incident happened near the station Kew gardens in the West of the British capital.

The area is located under the loaded air lines Heathrow airport, so everything is immediately realized that a piece fell off the plane.

In Russia out of a plane, had the flight attendant

An eyewitness said that the sight was like a scene from the movie “day after tomorrow” when the sky started dropping huge chunks of hail. Also heard was a loud rushing sound like a blast.

“We get about 30 registered falls of ice every year, although we’re not sure how many of these incidents are the result of ice falling from the plane,” said officials in the field of civil aviation.

We will remind, on Indian settlement Fazilpur Budleigh dropped a piece of ice weighing 10-12 kg, which, according to officials, is frozen human waste from a plane.