One concussion: the military experienced the most powerful recent attack Svetlodarsk arc Svetlodarsk arc survived artillery fire to high density – shells lay at a distance of 10-15 meters from each other. The military said that they had seen such cases where contact had exactly in place of the previous gaps, according to a story TSN.19:30.

According to fighters, the attack proceeded simultaneously from several directions, and the traces of soot from explosions, it was evident that artillery fired from the area of Uglegorsk, Gorlovka and mines were flying at a much closer distance – 120-millimetre mine was fired from a so-called debaltsevsky cross.

On the arc Svetlodarsk fighters heavy fire covered his scouts

The military managed to hide in the shelter in the first minutes, so the enemy activity took place without victims, only one guy needed medical care because of a concussion. “At first I reported that all is well. All four of them – it’s all right,” said the soldier APU Alexey Kavlak. The soldiers say that such raids did not scare them, but rather only inflames the mood to go forth and expel the invaders outside of Ukraine.

This happened a few hours ago near the Ushakovka. The headquarters of the ATO explained – this is a provocation with the use of small arms from Russia in the direction of our units guarding the border. None of the Ukrainian military personnel didn’t suffer. Fire they not open. 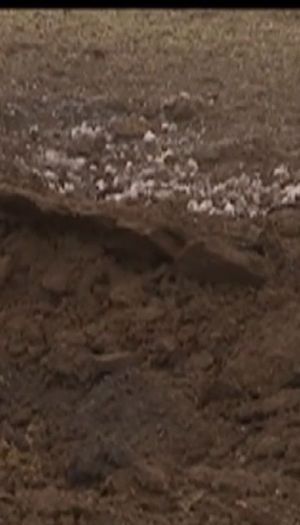