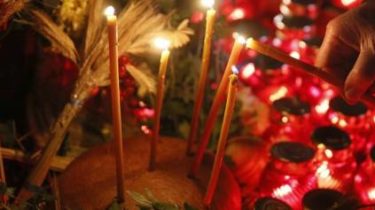 The President of Ukraine Petro Poroshenko called upon the Austrian Parliament to recognize The Holodomor 1932-1933 RR. in Ukraine as genocide of the Ukrainian people.

The President spoke during a meeting with Chairman of the National Council of the Republic of Austria Wolfgang Sobotka, – informs a press-service of the head of state.

“Petro Poroshenko has called upon the Austrian Parliament to recognize the Holodomor of 1932-33 in Ukraine as genocide of the Ukrainian people”, – stated in the message.

The interlocutors also noted the importance of strengthening inter-parliamentary dialogue between the two countries.

Poroshenko informed the Austrian Parliament on the situation in the Donbass as a result of Russian aggression and underlined the solidarity of Austria in supporting Ukrainian efforts to oppose Russian aggression.

“The interlocutors agreed on the importance of sanctions against Russia”, – the press-service of the President.

Remind, in Zaporozhye found a house, where during the famine killed hundreds of kids. Children were brought to him from all over the city and they were dying in agony very close to fed party functionaries.