The Deputy reported the arrest of Saakashvili “alpha” The people’s Deputy Igor Lutsenko reported about the detention of the former head of the Odessa regional state administration, Mikheil Saakashvili, the special forces of SBU “alpha”. 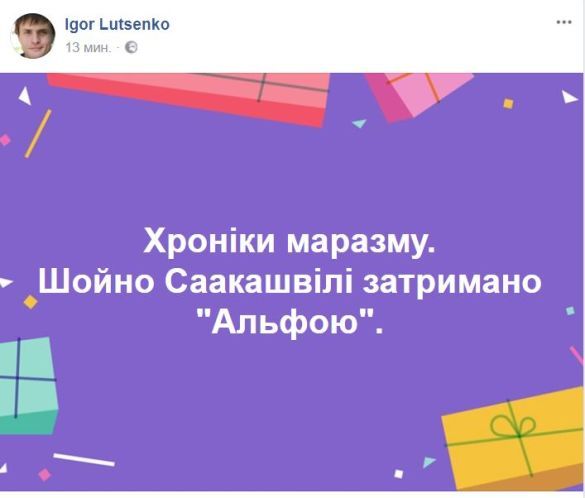 It happened in the capital’s Fairmont Grand, said the associate of the leader of the “Movement of new forces,” David Sakvarelidze.

Later the people’s Deputy Yuri Derevyanko reported that Saakashvili was not detained, but the armed forces still arrived at the hotel where he is. MP asserts that the policy wanted to hold. The hotel was approached by colleagues of Saakashvili, and the commandos left.