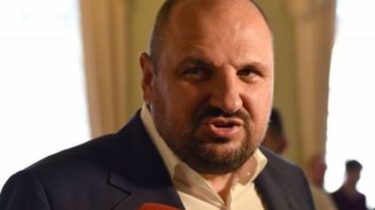 This was reported by his lawyer Alexei Shevchuk, reports Ukrainian Pravda.

The works of Rosenblatt and Chaus: when SAP is going to end loud production

The court extended until April 9 the obligation to come to the call, detective, Procurator or court; to inform about their place of stay; to hand over passports; to refrain from communicating with the people involved in the case.

Previously, the Solomensky district court quashed the obligation to wearing a bracelet another involved in the “amber” of the case, the people’s Deputy Maxim Polyakov.