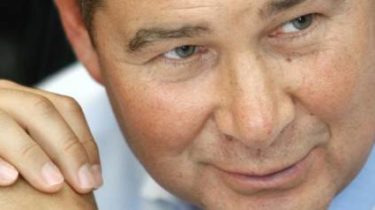 American lawyer and jurist, who participated in the corruption case of ex-Prime Minister Pavlo Lazarenko, which he refused the post of the auditor of NABOO became the advocate of the people’s Deputy of the fugitive Alexander Onishchenko.

About the MP said “the Country.ia.”

“She was recommended to me as an effective professional. We met. I told her the full story about the falsification of my business, March, penetrated, understood and lit up the subject. Stand the suspense, such people are not invited for simple tasks. Soon you will understand why,” – said Onishchenko.

We will remind, people’s Deputy suspected of organizing the schemes of theft of funds in the extraction and sale of natural gas in the framework of joint operation agreements with PJSC “Ukrgasdobycha”, which was caused to the state damage for the sum about 3 billion UAH.

July 5, 2016 the Verkhovna Rada of Ukraine gave consent to bringing him to justice, detention and arrest. However, on the eve of the vote, taking advantage of the status of MP, Onishchenko left the territory of the state.

On 27 July the Prosecutor General of Ukraine signed the message on suspicion to the people’s Deputy. August 8 was declared national search. According to the latest information Onishchenko is located in London. A few days later he wrote in his Facebook that to British jurisdiction, the GPU is little ground for his extradition to Ukraine. Meanwhile, the people’s Deputy-the fugitive arrested property at 700 million hryvnia.

In the beginning of 2018 Al Jazeera released the investigation according to which the MP is a fugitive Oleksandr Onishchenko and businessman, the founder of the development company Mos City Group Pavel Fuks acquired from “medialarge”-fugitive billionaire Serhiy Kurchenko’s company, which owns 160 millions of dollars of frozen assets of former President Viktor Yanukovych.