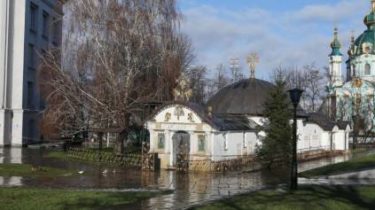 The Commission of Kyiv city Council on issues of urban planning, architecture and land use supported e-petition on demolition of illegally established in the territory of the National Museum of history of Ukraine the chapel of the Ukrainian Orthodox Church Moscow Patriarchate.

This decision was made during a meeting of the Commission.

The deputies recommended to the Executive authorities of Kiev and the city head to take all legal measures to eliminate the consequences of violations of the laws related to the construction of the chapel.

We will remind, the Ministry of culture has prepared a lawsuit, which should help to carry Mafy of the Moscow Patriarchate that put near the remains of the tithe Church.

It was also reported that the Kyiv court of Appeals released on bail of people’s deputies of architects Alexei Semotuk and Alexander Gorban, who are suspected in the arson of the chapel of the UOC of the Moscow Patriarchate near the National history Museum of Ukraine in Kiev.