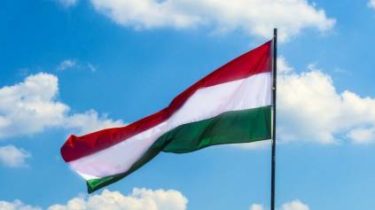 A meeting of the Commission Ukraine-NATO during a meeting of defense Ministers of the Alliance on 14-15 February in Brussels are scheduled. This was stated by the representative of Ukraine to NATO, Ambassador Vadim pristayko, writes UNIAN.

Last time a similar meeting held in 2016. “We hoped that the next meeting will take place in February, especially because the last meeting in this format was in 2016. Ukraine – a country at war, and when Minister of defense met with his counterparts to discuss the current situation and to inform on the progress of reforms, this is unacceptable. Unfortunately, this meeting will not take place for obvious reasons – using the position of the Hungarian side, which is abusing the principle of consensus existing in NATO, and locks the meeting,” – said Pristayko.

According to him, the last meeting of the Commission held in December last year at the ambassadorial level. Pristayko hopes that Ukraine and Hungary will find the solution that will be unblocked cooperation between Ukraine and NATO at the Ministerial level. Should facilitate this inclusion in the annual national program of cooperation with NATO recommendations of the Venice Commission on the law on education in Ukraine. “We have to make in full the Annual national programme recommendations of the Venice Commission, from beginning to end, and the other item prescribed to recommend Hungary to remind that the Ukrainian side is open to negotiations with communities and specialists”, – the diplomat explained the logic of the possible solutions of the situation.