Arrivals “pigs” and the new Russian machine gun at the enemy: fighters showed TSN as keep the defense Sand 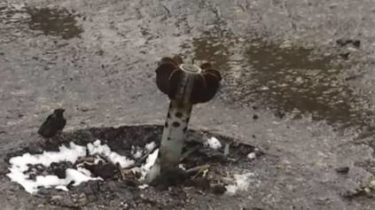 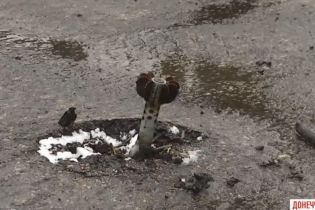 Heavy week survived almost completely destroyed the village of Sands near Donetsk. It started over again to fire from large-caliber weapons, according to a story TSN.19:30.

Military laugh that the biggest problem service in Sand are bullet-proof vests, due to the weight which a stiff back and often have to stretch your muscles. In fact, however, the fighting continues is not a joke – the shells fly of such a size that the defenders call them “pigs”. Men show the holes in the walls and recognize that they were only saved by the fact that multi-kg artillery shell tore off the detonator.

Video surveillance front, the enemy could raze the village of Sands

The village, which was in the line of fire, dissolves in the eyes after shelling with tanks and mortars. Under Depam again talking high caliber. And recently, on the other side, our guys, strangers appeared and new weapons. 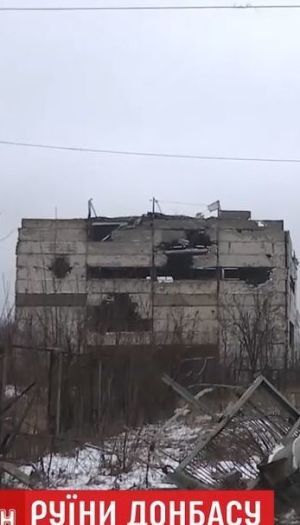 “Metal rain” is almost a daily “weather” on the positions in this village. The enemy is very close, and often it can be seen even with the naked eye. “Friendly fire happens but with this position, throw the RPG, LNG at us,” admits Mat soldier with the call sign “King.” At gunfire the soldiers stopped to respond, because regularly there are significantly dangerous events – shells arrive, which will funnel to a depth of two meters. “Installation “Guerrilla”. However, the missile “Castle” is doing,” explains one of the soldiers.

According to fighters, on the opposite positions was rotated, after which, together with the newly arrived fresh forces appeared and the newest Russian gun “Court”. “Too 12,7, can work discontinuous, may be used as sighting a sniper rifle,” the military explained with pseudo “Mouchtaris”. The activity of the enemy Ukrainians explain the geography: within 500 metres from the current front line before the war was a “Welcome to Donetsk”.

Ukrainian military recognized that no attack is for militants with impunity. This allows soldiers with the hope to glance in the direction of the city temporarily occupied the regional center. And wait for such a welcome command. “It’s not up to us! Many say: why are you all so handsome, and we are still not in Donetsk? So give good!”- say soldiers on the frontline.