Around close to the President of Ukraine Petro Poroshenko faces a new scandal is brewing. This time, there is direct reason to believe that the people of the head of state support of commodity-money relations with the fugitive-Yanukovych medialisation Sergei Kurchenko.

This is stated in the plot program TSN.Week.

Again, everything started with the famous TV channel “al Jazeera”, which seems to come from the Ukrainian power elite seriously. And spread its new investigation about non-payment of huge sums of taxes, earned on the resale of “Ukrainian media holding”.

However, the journalist of TSN Olga Vasilevskaya conducted its own investigation and found that the relationship with the so-called “family” of Yanukovych in close to power and then continue.

There is evidence that Kurchenko purchased for big money, “Ukrainian media-holding” once again returned to the former owners – the former head of the presidential Administration Boris Lojkine and the Deputy from “BPP” Gregory Sverko. In particular, we are talking about the radio station “Nashe radio”. TSN has established a link between the offshore company which owns the asset and the offshore company, the former head of presidential administration Boris Lozhkin.

There is reason to believe that the “Nashe radio” has become a bargaining chip, which Kurchenko paid for removal of arrest from UMH in court, even in 2015, when the GPU was headed by Vitaly Yarema. The arrest was filmed in order to Kurchenko could pay your loan to “Ukreximbank” in the amount of $ 160 million. This transaction happened from the accounts of the so-called “obshchak Yanukovych,” – Cyprus companies, the accounts of which were concentrated in stolen Ukrainian money.

Now the Prosecutor General Yuri Lutsenko was arrested again these assets and trying to transfer them to state property. Prosecutors have yet to lay the suspicion of the current officials involved in the scheme. But this possibility does not exclude.

“If they obtained evidence of the involvement of the legalization money laundering of others, will put the question of bringing them to justice, regardless of their status and positions”, – said the Prosecutor of the Prosecutor General Adrian Lupu.

The TV channel “al-Dzhazira” has extended its new investigation of paying huge amounts of taxes, earned on the resale of “Ukrainian media holding”. However, the journalists of TSN.Tyzhden conducted its own investigation and found: the relationship with the so-called Yanukovych family in the close to power and then continue. 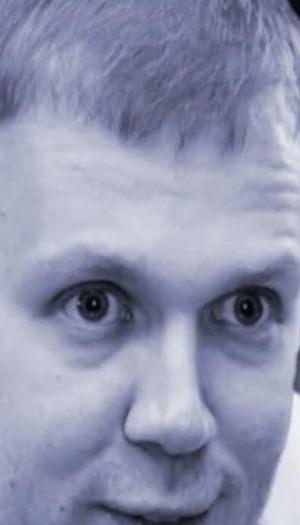