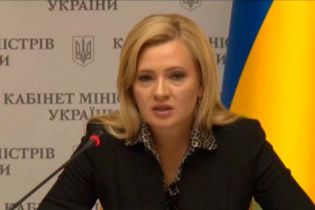 Nelya Privalova, who worked in the SFS at the time of Yanukovych and in the 2015th year was lyustrirovana, won the competition for the post of first Deputy Chairman of the State judicial administration of Ukraine.

It is reported Bihus.Info.

The reporters found that among the participants Privalova was one of the five candidates for the position who had a relevant economic, not legal education. In response to the question of the member of the High Council of justice about the work of the judiciary, it noted that had no such experience.

During the competition Privalov called “inefficient use of budget funds” the main problem in the courts. She also expressed dissatisfaction with the fact that “strangers can get on a court session”.

As noted, up to the lustration Privalov held the position of Director of the Department for methodological work of the SFS. According to the Declaration, in 2015 she became the owner of the car Porsche Cayenne 2011 model year, only 149 thousand hryvnias. This sum at that time does not exceed a threshold of state financial monitoring and the limit of cash settlement. However, the sites of sales of used cars are on average cost about 40 thousand dollars.

Sitnic said the amount of corrupt officials, who were caught in the two years activities of NABOO

In the Register of rights to immovable property also indicates that in 2016 Privalova someone gave the apartment with an area of 114 sqm in a residential complex “emerald”. Now the price of these apartments from the developer start from 3.3 million hryvnia.

In addition, in their Declaration, newly appointed assistant indicated 54 thousand hryvnia Bank deposits, another 28 thousand and $ 718 thousand, which she keeps in cash.

Recall that the Ukrainian officials monthly pay themselves exorbitant amounts of awards. And annual or quarterly bonuses can reach hundreds of thousands or millions of hryvnia. In particular, NACP received huge bonuses at a time when the Agency has not yet begun to actually work.