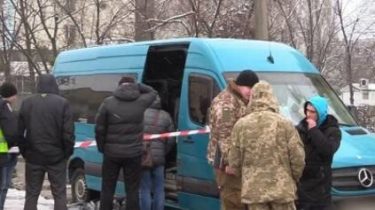 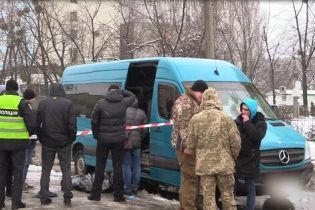 Killer Odessa chef at the bus stop near the metro station “Chernihiv” in Kiev was 27-year-old soldier of the Armed Forces of Ukraine.

“At 12:38 (10 February – approx.ed.), the duty of the Metropolitan police received a report from doctors about a stab wound on the Shuttle bus near the subway station “Chernihiv”, – stated in the message.

As militiamen found out, the guy tried to enter the bus without waiting, the older man reprimanded him, and between them there was a verbal conflict. After that, the boy went in the direction of the subway station, in one of the shops I bought a table knife, returned, got it out of the sleeve jacket and stabbed his opponent in the chest.

“The wounded man fell to the ground, and the attacker quickly went towards the bus station. According to doctors ambulance, 35-the summer inhabitant of Kiev died before their arrival from stab wounds in the heart,” added the police.

Description of the assailant was immediately transferred all patrol and operational services on the street Chervonotkatska the crew of the patrol police detained a man matching the description of the attacker. The 27-year-old soldier seized a knife and clothes stained with blood. He later confessed to committing serious crimes.

Now open criminal proceedings on the fact of murder, the detainee declared suspicion in Commission of crime. The court granted the petition for arrest of the man.

Remind, in the Kiev region drunk 18-year-old girl in a foreign car hit and killed a woman and injured military. The driver was ejected into the alley between the opposing lanes.