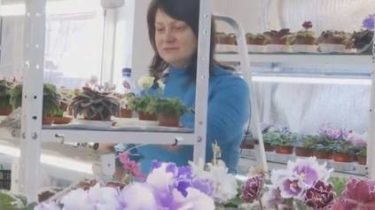 More than a thousand varieties of violets simultaneously flowered in the greenhouse of vinnichanka Elena Labeckas. She seleccionarla and more than ten years devoted to growing flowers. During this time, brought even exclusive instances, says TSN.12.00.

Thousand kinds of one thousand different shades and colors. To each their own soil, temperature and irrigation scheme. Elena in the greenhouse almost all day.

The love of violets she started ten years ago. The woman bought the first flower on the market. A year later, on the windowsill bloomed a few dozen vases.

“I bought one plant and asked what other. Remember how I fled the next day, this Bazaar, to not bought. Fled to me was just gone,” says the woman.

More than a thousand varieties of violets simultaneously flowered in the greenhouse of Vinnichenko. Elena Labetskaya, selektsionery more than ten years devoted to growing flowers. And during that time brought even exclusive instances. 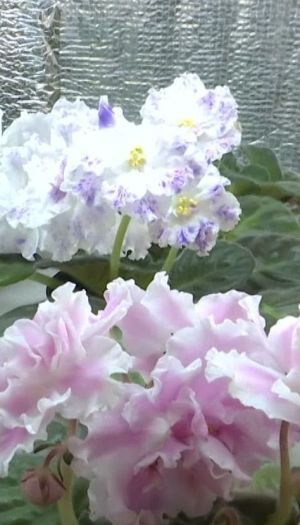 To grow a luxurious Bush of tiny leaves for Helena not a problem. Difficult – to breed a new variety. He studied it on their own. In her profession, she is a biologist. Went to courses, read special literature. And no wonder, now a florist, one of the best in Ukraine, breeders of violets.

“Even if the seedling has turned ugly, I know that he has laid dormant in the genetics of the traits, that is, in the next generation it will give a good result,” says the florist.

“It “Okean Elzy” in honor of our favorite band. It’s blue, like the ocean. Vakarchuk really knows for sure, I’m humble,” says the woman.

Elena says she’s got violets growing for the money. After all, understanding that became the Creator of an entirely new flower – great fun.