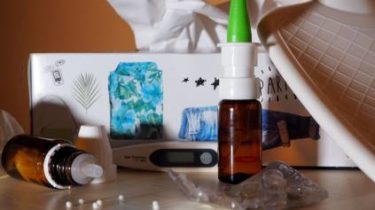 After Cory came down with the flu. Although the peak incidence is expected in late February, a quarter of schools in the capital – and that 120 schools from 429 – already closed on quarantine.

Now in Kiev more than 25 thousand patients with influenza, most of them – particularly schoolchildren. Every fifth student fell ill with fever, coughing or have a runny nose. Therefore, each school decides for itself whether to close on quarantine. Experience shows that if you suspend training for a week, then transmission stops and the number of sick children is significantly reduced.

Doctors urge at the first sign of a cold be treated at home and in school or kindergarten children. Doctors say that the number of patients could rise before the end of February. However, the results of the sixth week of the epidemiological observations indicate a suspension of morbidity.