From the occupied Crimea sent more than 20 Ukrainians – media 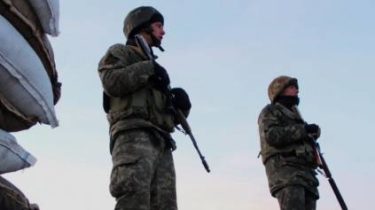 From the occupied Crimea decided to send 23 of Ukrainians for alleged “illegal implementation by the foreign citizen or the person without citizenship of labour activity”.

This is with reference to the self-proclaimed border Department of the FSB of Russia in the Crimea writes “Criminals”.

As noted, the decision adopted by the Evpatoria city court, forbidding them entry to the annexed Peninsula.

“In the suburbs of Evpatoria, in the village of novoozerne, the employees of the Border control on the territory of the kindergarten “Anchors” found that 36 labor activity of citizens of Ukraine, who carried it in violation of the article “On legal status of foreign citizens”, – stated in the message of boundary management.

According to the FSB of the Russian Federation, the Ukrainians worked in the Crimea, “not having the appropriate work of the patent and permits the contractor for the provision of premises”.

It is also noted that 18 people were punished for “violating the regime of stay in Russia.”

We will remind, earlier The FSB announced the detention in Simferopol of a citizen of Ukraine that allegedly collected and passed to the Ukrainian intelligence information about the activities part of Regardie and the Federal security service.

Later on the Internet there was a video operative shooting of FSB of Russia the detention of Ukrainian.