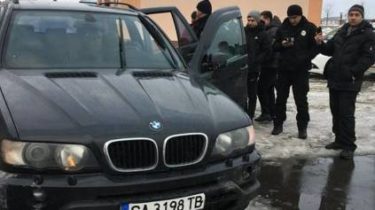 In Bucha the drunk driver of the SUV BMW X5 with Bulgarian numbers caused a car accident in a residential area.

This was announced on his page in Facebook the user Eldar Salimov, which Buchi sent photos and video of the detention of the man.

TSN.ia managed to contact one of those who caught the intruder. According to Sergei, Lubichenco, heads of condominiums (Ukr. OSBB) of one of the residential complexes Buchi, the arrest of the driver of the SUV turned into a chase, like in a real Hollywood movie.

Local residents reported that the driver of the SUV was the military Commissioner of the Borodyansky region of Kiev region. 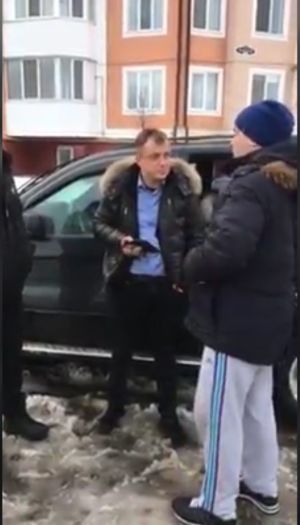 The incident occurred on 12 February at around 3 PM. Sergei was riding in his car together with another member of the Board of the condominium by Andrew, when he noticed a SUV that slid off the road and began to move along the walking path in the green area, then stopped at the stairs of the shop and a hairdresser, while inserting a white sedan parked nearby. Also a car almost ran over people with a pram and damaged a store sign.

“Then he turned, broke the tree. We then began to chase him. He gives the gas, flying through the Park, has truck Volkswagen Crafter, I smashed his whole front bumper. We are flying his way, and he hits another car, it seems Hyundai Sonata or Genesis. Hitting her in the right front fender and the wheel,” – said Sergey.

Details a fatal accident in the White Church: the passenger threw a drunken driver on the shoulder and tried to escape

At this point, Andrew jumped out of the car to detain the driver of the SUV, but he started to back up. In the end, Andrew was able to pull the keys out of the ignition and stop the offending car.

“He was in such a strong state of intoxication that almost nose run”, – said Sergey.

He added that stopping the intruder, they called the police. The activities of the intruder was recorded by four surveillance cameras. Sergey also said that the drunk driver at first agreed to be tested for alcohol content in the blood, but then changed his mind. By the way, the police presence did not prevent him to get out of the car a small bottle of brandy and drink it.

According to local that are actively discussing the situation in the Network, the detainee was a military Commissioner of the Borodyansky region of Kiev region. On one of the photos you can see the name of the culprit on his driver’s license – Sergey Bugaenko. 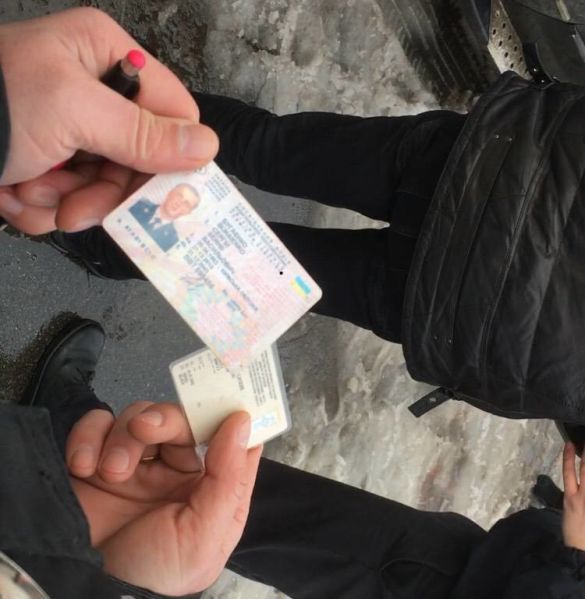 According to the document published on the website Nemeshaevsky of the village Council, the head of Borodyanskiy military Commissariat is really Bugaenko C. V.

In addition, according to Lubchenco, of the vehicle the offender was scattered papers from the military Commissariat. And in the photo on the driver’s license Bugayenko posing in uniform.

The national police confirmed the accident and a Protocol.

“After the accident, and was detained until the police arrive. The police issued the fact of an accident and driving in a drunken state. Was made the administrative Protocol under article 130 of the Administrative code “driving a vehicle in drunken state”, – said the speaker of the national police of the Kiev region, Nikolai Zhukovich.

8 October 2017 in Kharkov, there was a terrible accident. The Lexus collided with a car “Folksvagen”. 5 people died and 6 injured. With us on the line the mother of the deceased Alexander Evteeva – Svetlana Vinichenko. 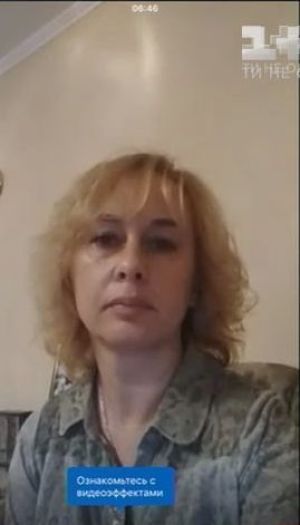 A police spokesman refused to confirm the position and surname of the detainee, however, noted that an administrative offence does not require the transfer of the case to the military Prosecutor in case of committed military personnel.

Thus on administrative article, the offender faces a fine in the amount of 10.2 thousand UAH and confiscation of driver’s license for a year. By the way, if it is proved the use by the infringer of alcohol after the accident and talked about it, Lubichenco, Bugaenko will face a fine in an amount of 20.4 thousand UAH or administrative arrest for a period of 15 days with deprivation of the right of management by vehicles for a period of three years.

In turn, Borodyansky military Commissariat in response to journalistic inquiry reported that can’t provide a review of the case, because the head – Sergey Bugaenko – since the end of January is annual leave. According to the acting military Commissioner Alexander Kharchenko, the head must return no sooner than two weeks.