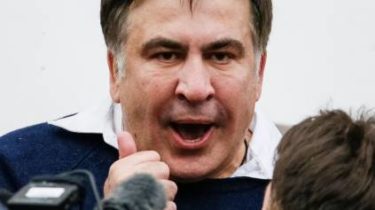 The ex-President of Georgia Mikheil Saakashvili, on the eve expelled to Poland, reports from Warsaw that you will find a legitimate way to return to Ukraine.

Meanwhile, the Prosecutor General recalled that criminal cases involving Saakashvili, continues. And the fact that he was out of the country, for them a complete surprise. The procedure for the expulsion policy was held by the guards the day before. Grabbed Saakashvili in the restaurant in the center of Kiev. This is stated in the plot program TSN.Rankas’.

Four strong men in masks pulled Saakashvili’s corridor. Not to resist, one of them holding policy by the hair. Chamber No. 13, recorded as the guards detained the ex-President of Georgia in restaurant in the center of Kiev. After this policy was taken to the airport “Borispol”. At the airport promptly collected his supporters, demanding a meeting with Saakashvili. Law enforcement authorities stubbornly silent.

In GPU reminded that the investigation of criminal cases involving Saakashvili, continues. And the fact that he was out of the country, for them a complete surprise. The procedure for expulsion of ex-President of Georgia was held by the guards the day before. Saakashvili also reports from Warsaw that you will find a legitimate way to return to Ukraine. 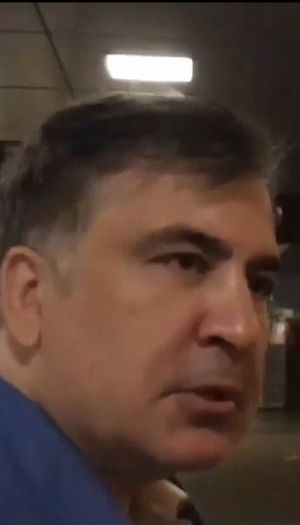 Saakashvili himself comes from Poland. In Warsaw he was taken by Charter plane. MP Ihor Lutsenko claims that the vessel is owned by President Poroshenko. On his page on Facebook he wrote that the aircraft is the property of the Panama company “sky center holding Corporation”, which belongs to Petro Poroshenko.

In the presidential Administration, where expulsion did not comment on these allegations responded promptly. The representative of the Department of information policy is also in Facebook wrote back that this is a primitive fake: “the plane as far from Poroshenko, ex-President of Georgia from their homeland”.

The procedure for expulsion Saakashvili was held by the guards. They explained that citizen Saakashvili returned to the country from which he illegally broke in. Poland explained that the adopted citizen without citizenship, the so-called readmission procedure. Besides, Saakashvili is spouse of a citizen of the EU.

In Warsaw expelled politician promises today, February 13, to go to the press conference. Meanwhile in Kiev, his supporters intend to go to the rally to the presidential Administration. Night brought only a skirmish.

The night Saakashvili held at the hotel in Warsaw under the protection, which he provided to the Polish authorities. The hotel in which Saakashvili is protected. Neither the hotel nor where it is all kept secret. Georgian myself criticizing the Ukrainian government for such blatant expulsion, and says it will achieve change of power in Ukraine by peaceful means. 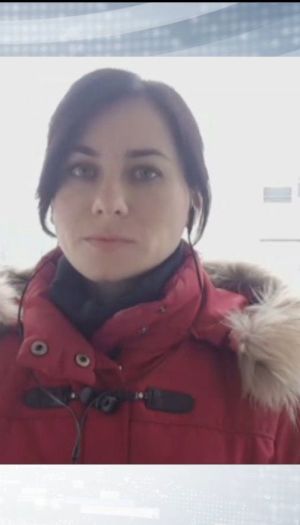