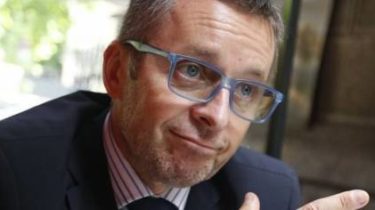 By the spring of 2019 Ukraine will not have time to obtain all the tranches of the credit under the program of expanded financing (EFF) from the International monetary Fund. Therefore, it is necessary to renew.

This was stated by the head of the strategic group of advisers to the Prime Minister Volodymyr Groysman Ivan Miklos, writes “Today”.

“We already know that Ukraine will not receive all the tranches that were planned. In March 2019, the program ends. Given the large payments on the external debt, it is clear that Ukraine needs to continue the cooperation. It will be key to the successful continuation of reforms and stabilization,” said Miklos.

In the following program from the IMF, if it is, Ukraine will need to fulfill all the commitments that she didn’t have time to do in the present.

“Some people say, why do we need the IMF, they do us harm and all that. But I don’t see any difference between the interests of the Fund and the interests of Ukraine. Why is the Fund making the different conditions? He wants to have returned the money. When the money returns? When Ukraine will be an economically successful country,” said Miklos.

Remind, this week in Ukraine is a technical IMF mission. Experts will check the implementation of the obligations of the authorities to implement the reforms. We will note, Ukraine and the IMF since April 2014 implement the two-year stand-by program with a volume of 17 billion dollars, under which Kiev received two tranches of credit volume of $ 4.6 billion. In March 2015, the IMF approved a new four-year lending program of Ukraine’s economy EFF 17.5 billion, under which Kiev has already received four tranches of 8.7 billion dollars. The term of the program expires in March 2019.