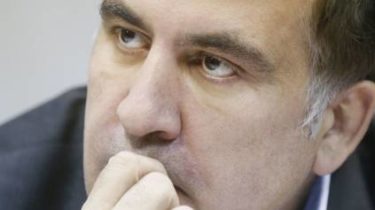 Ex-President of Georgia Mikheil Saakashvili delivered to Poland because he was on the territory of Ukraine illegally. And in Poland – because that’s where he illegally crossed the border of Ukraine.

“Today, February 12, servicemen of state frontier service together with representatives of the Migration service and the National police was brought to Mikheil Saakashvili, the decision of the competent authority about his return to the country of previous stay. However, during the procedure for law enforcement officers was attacked by unknown from the environment Mikheil Saakashvili. The border guards were forced to defend themselves and used the power support”, – noted in a press-service of state frontier service of Ukraine.

3 January 2018, the District administrative court of Kyiv has rejected Saakashvili’s claims of the State migration service of recognition of refugee status.

On 6 February, the District administrative court Kiev court again dismissed the appeal Saakashvili to the decision of the migration service on refusal in execution of documents for recognition as a refugee or person who needs additional protection.

“According to the above judicial decisions that a person was on the territory of Ukraine illegally, and therefore, in compliance with all legal formalities had returned to the country whence came, in violation of the domestic legislation”, – explained in state frontier service.