In the underpass on independence demolition of the Kiosks. KSCA promises to repair 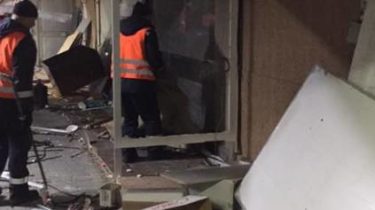 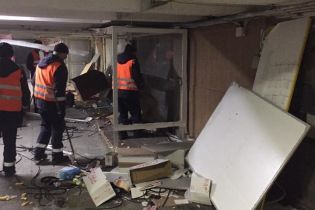 In the underpass at the Independence square in Kiev dismantled Mafy.

About this in Facebook wrote the first Deputy Director of the Department of municipal improvement of Kyiv Taras Panchi.

“Today began dismantling trade blinds in the underpass under the Independence square. After dismantling and removal of all debris forces Dorozhno-operational management of the Shevchenko district will be renovated this pedestrian crossing,” wrote the official.

In Kiev, near the metro station “Forest” defeated Mafy

It is known that the transition spanned two sides of the Khreshchatyk to the Independence square and the entrance to the subway and shopping center “Globus”. In the transition housed a cafe, a kiosk with cigarettes, Souvenirs, pastries and the like.

The Director of state enterprise “Kyyivblahoustriy” Andrei Andreyev said that the rights for placement of the Kiosks in the place have ended in 2017, reports “Gromadske”. The owners should have to dismantle them.

In the capital illegally work more than fifteen hundred Kiosks

“He (the investor — ed.) did not. The second part of the design had leases solid surface. The Department of municipal property filed a lawsuit, won it, and thereby terminated the lease. Now we are dismantling and March 1 will start the overhaul of the underground pedestrian crossing”, – stated in the message.