Lukashenko opposed the postponement of negotiations on the Donbass from Minsk 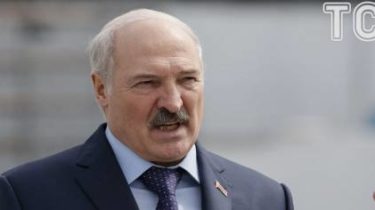 President of Belarus Alexander Lukashenko said that the real alternative to the Minsk negotiation platform for resolving the conflict in the Donbas to date, does not exist.

He said this at a meeting of the security Council of Belarus, BelTA has learned.

Belarus is ready to introduce its peacekeepers in the Donbass

He stated that Belarus continues to provide the necessary conditions for the holding of regular meetings of the Trilateral contact group.

“Still anxiously perceived the development of the situation in our closest southern neighbor. Belarus continues to provide the necessary conditions for the holding of regular meetings of the trilateral contact group. In 2017 took place almost 30 such meetings. I believe that, despite the different and quite unexpected applications, a real alternative to this negotiation platform today does not exist,” – said Lukashenko.

Earlier, the President of the United States Donald trump in conversation with President of Kazakhstan Nursultan Nazarbayev proposed to move from Minsk talks to resolve the conflict in the Donbas. About Nazarbayev said on Thursday at a press conference in new York following the meeting of the UN security Council.