One of the top managers of the bankrupt company “Delta Bank” suspect in the embezzlement of 1.1 billion hryvnia 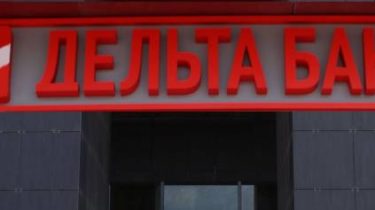 One of the former leaders of the now bankrupt “Delta Bank” was declared wanted. His suspect in the embezzlement 1 billion 118 million UAH.

The Ministry clarified that the exercise of procedural guidance pre-trial investigation in criminal proceedings on signs of the criminal offense provided by part 5 of article 191 of the Criminal code of Ukraine.

The Prosecutor General noted that movable and immovable property of ex-top Manager arrested and said that it was “obtained by criminal means or derived through income from committing a crime. Pechersk district court of Kyiv considered the statements of the representatives of persons, which was illegally acquired property, the abolition of arrest. In considering these statements by prosecutors in criminal proceedings challenged the investigator of the judge of the grounds making his earlier decision to cancel the detention of a suspect in the criminal proceedings with the purpose of his drive to participate in the consideration of the petition for application of a preventive measure in the form of detention. By results of consideration the court rejected applications for disqualification of the investigative judge”.

Consideration of the application for cancellation of arrest of property to be held today, February 13.

Remind, The NBU adopted the resolution to revoke the banking license and liquidation of PJSC “Delta Bank” October 2, 2015.