The head of “Ukroboronprom” announced his resignation 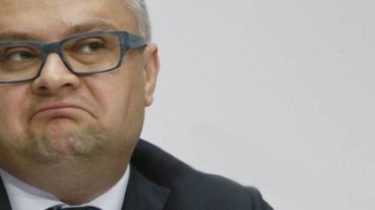 General Director of SC “Ukroboronprom” Roman Romanov said that resigns from office. He said that the letter of resignation written last year.

“I made the decision to leave his position as head of the DK “Ukroboronprom”. The statement I wrote last year, I hope that the President of Ukraine Petro Poroshenko will support my decision. And in order to immediately remove a number of the questions should focus on a few important items. We won. We are 80 thousand workers of “Ukroboronprom”, which turned the largest Association of defence industry of Ukraine an effective mechanism that in the worst times gave our defenders a weapon that helped them save the country”, – reads the statement of the Romanov on the website of “Ukroboronprom”.

He recalled the success of the enterprise in recent years, which supplies weapons and equipment not only the Ukrainian army, but and sells it abroad.

Do not look for “scapegoats”: the head of “Ukroboronprom” said Groisman on offer to quit

“All the years “Ukroboronprom” media reminded me that I came to the state from the business. It’s true. And I think in life every man needs to be a period during which he is obliged to give service to your country. These 3.5 years were my Ministry. I am grateful to each of 80 thousand workers of “Ukroboronprom” who believed in the revival of the defence industry. I am sure that my successor will continue this course. I gently tell him all the things that this transition does not affect the efficiency of the concern. Our team gave a powerful impetus to development of the Ukrainian defense industry and the entire economy. We understand how to create in a few years the defense industry, which will ensure the independence and territorial integrity of any country,” said Romanov.

Recall, 27 December, Prime Minister Vladimir Groisman said that he would sign presentation to the President about the dismissal of Romanov. He accused the CEO of the concern that he has not found a way to repay the debt to employees of shipbuilding plant in Nikolaev.