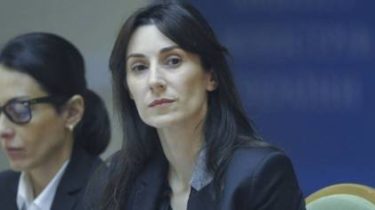 Eka Zguladze who worked as first Deputy of interior Minister of Ukraine, has renewed the citizenship of Georgia.

This was announced by the Deputy Minister of the temporarily occupied territories and VPO of Ukraine Yury Grymchak, transfers “5 channel”.

While Zguladze refused to Ukrainian citizenship.