In Poland, trying to show the Ukrainians anti-Semites large – viatrovych 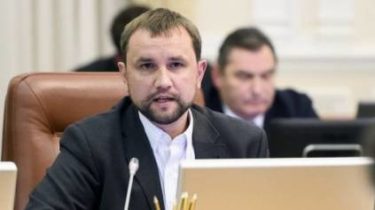 Director of the Ukrainian Institute of national memory Volodymyr viatrovych believes that the Prime Minister of Poland Mateusz Morawiecki trying to the dispute with Israel show Ukrainians large-Semitic than poles.

“I am surprised how much attention politicians pay to the Polish estimates of the history, especially the estimates of the Ukrainian history. I think that politicians should be more engaged in the present, the present of his country of Poland and Polish-Ukrainian relations. I am convinced that this kind of radical assessments of the Ukrainian figures of history are unlikely to help normal Polish-Ukrainian relations”, – said the scientist.

We will remind, during lectures on Polish-Jewish relations, the head of the Polish government equated the Ukrainian Hetman Bohdan Khmelnytsky to Adolf Hitler. He actually compared his rebellion with the Holocaust. Polish Prime Minister also told the story about the siege of Lviv, Khmelnytsky troops, during which the citizens refused, allegedly at the request of the Hetman to issue him with petty bourgeois Jews.

According to Vyatrovich, this statement Moravcova should be considered in the context of those heated debates that currently exist between Poland and Israel on the participation of poles in the Holocaust.

“It is obvious that in this way the Prime Minister wants to show Ukrainians as the big anti-Semites who were responsible for a greater number of Jewish deaths than the poles. This is a rather frivolous argument. I will say again – I am surprised that in Poland, the interpreters of history are for the most part of Polish politicians,” he said, adding that he sees no need to respond to the statement of the Polish Prime Minister.

Videomelissa opposition predicts a wave of diplomatic escalation with Ukraine, Israel and America

Duda explained that he signed the law because it is important for the historical memory to know and remember how many poles suffered during the Second world war from the Nazis. Also Duda sent the bill to the constitutional court. There needs to figure out if he closes his mouth all do not agree with the Polish view of history and how these people will to prosecute. 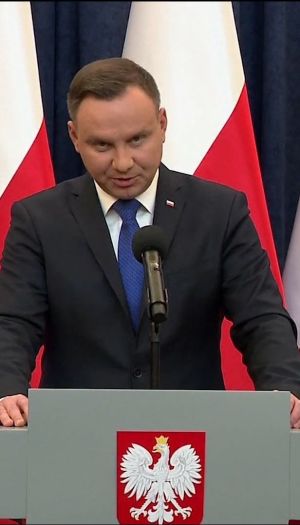 Recall, January 26, the Polish Sejm adopted the law on amendments to the law on the Institute of national remembrance. The bill consists of two parts. The first is that responsibility will be held by all who objects, supports or promotes criminal, according to poles, the actions of the OUN and UPA. The law concerns the definition of the crimes of Ukrainian nationalists and Ukrainian organizations that collaborated with the Third Reich. In the second group of changes we are talking about criminal liability of persons who denigrate the role of Poland in the Second world war, for example, “credited the Polish people or state responsibility or complicity in the crimes committed by the Third Reich.”