Russia is not fulfilling the Minsk agreements, sanctions will remain – the US state Department 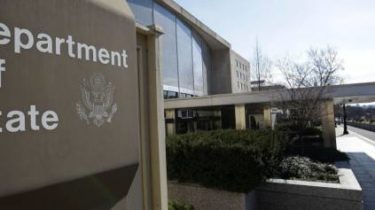 Russia ignores its obligations that must be performed in accordance with the Minsk agreements.

This is stated in the published on the website of the US State Department statement.

“Unfortunately, Russia continues to ignore its obligations under the Minsk agreements, stoking the conflict in Ukraine, which cost over 10,000 lives, including more than 2,500 civilians, and forced to resettle 1.6 million Ukrainians. Russia continues to deny its direct involvement, although Russian-backed forces intimidate and dissuade the unarmed OSCE monitors safe access (to the occupied territories of Donbass – approx.ed.)”, – said in a statement.

However, the state Department stressed that they see the desire of Ukraine to fulfill the Minsk agreements, in particular, evidenced by the adoption of several laws, including the Amnesty for anti-government forces and the special status for Donbass.

“Working closely with France and Germany, the United States continues to urge the Russian government to cease its aggression in Ukraine. The United States takes this opportunity to reiterate that our sanctions will remain in force until Russia complied with its obligations under the Minsk agreements. Our separate Crimean sanctions will remain in force until Russia will not return the Peninsula to Ukraine”, – summarized in the U.S. Department of state.

Recall, February 9 the French presidency Emmanuel macron and Vladimir Putin spoke by phone and discussed the situation in Donbas and the implementation of the Minsk agreements. Then Makron expressed the opinion that The Minsk agreement have stalled.