The Ukrainian military in the Donbass distribute leaflets with an appeal “sotrudnychaet with Dill Karate!” 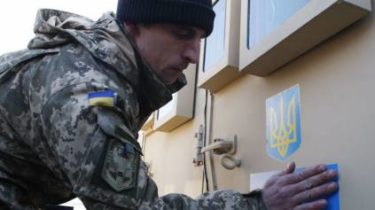 In the occupied part of the Donetsk region, the Ukrainian military carry out informational work with local population, spreading comic leaflets in which I invite “sotrudnychaet with Dill Karate!”.

This is reported on his page on Facebook, the volunteers of the Foundation “come Back alive”.

“Somewhere on the front under the temporarily occupied Donetsk there is a special group of Ukrainian “punitive”. One of their printed propaganda materials – “Der listify”. Talks about how “Kiev Junta prparaty all Nasli Holes sotrudnychaet with Dill Karate!”the message reads.

Note, in the agitation debunk the key myths that have created the Russian propaganda, and the authors claim that the local inhabitants of Ukraine will pay pension, be allowed to speak Russian and to go “over fat” from “DNR”. 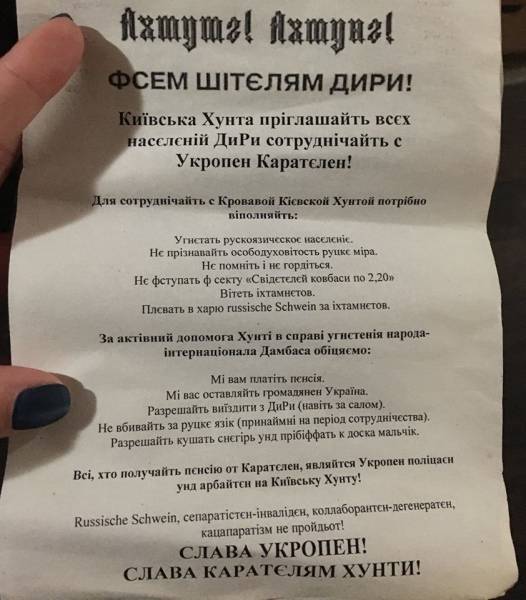 “We almost burst with laughter when I read the card. However, behind the smile, in fact, are the tears. After all, in the occupied cities many people still believe that somewhere there is still the oppression of the Russian-speaking population, “two slaves for “punitive” and other myths created by Russian invaders,” say the volunteers of the Foundation and notice that to oppose military aggression Russia should be comprehensive and similar leaflets from the military – one of these tools.

Earlier, the Ukrainian military said that every night at 12 on one of the positions they include the anthem of Ukraine. So guys show “lost angels” from Russia that the Ukrainians next and thus remind that on the Ukrainian land.