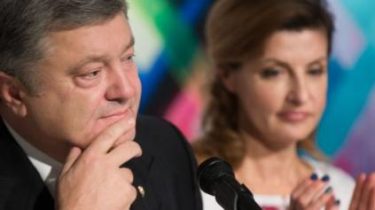 President Petro Poroshenko, now used as the campaign headquarters for the presidential elections in 2019.

This is stated in the text of the Novel Kravets: “A Fig in a pocket”. As Yatsenyuk, Avakov and Groisman sabotage the new project Poroshenko”.

So, on Bankova discuss two main candidates for the head of a staff Poroshenko – they can be faction BPP Arthur Gerasimov or the first Vice-speaker of the Parliament Irina Gerashchenko. According to the President, more likely – Gerasimov.

Until recently, AP was discussed on this post the nominee of the Secretary of the NSDC Oleksandr Turchynov, however, he found himself a different configuration.

“Turchynov is a shadow Director and will lead the crisis management team at the headquarters of the President. The task for this group will be to bring together top politicians around Poroshenko”, – stated in the article.

“Valentine would not deal with bureaucracy and to focus on policy and strategy”, – said the source in the entourage of Secretary of the NSDC.

Dnia asked about it in a comment to Gerasimov and Gerashchenko, however, answers have not received.

Informed sources Dnia frommechali that a significant problem of Poroshenko in the elections may be the absence of a strong VIP-propagandist, what would have become Prime Minister, but Volodymyr Groisman refused to take on this role.