Details of the murder of Marines under Shirokino: fighters revenge for bullying by shooting in the dream media 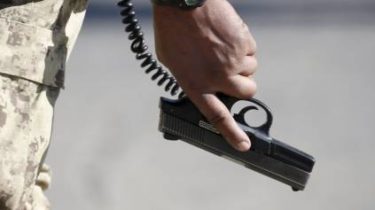 Four soldiers separate brigade of Marines of Armed forces of Ukraine under Sirotinin colleagues shot in the dream, because of the alleged constant bullying.

This is with reference to a source in the military garrison Mariupol writes “Ukrainian truth”.

“The detainees say about bullying in the form of constant NIT-picking and excessive load. As it really is, I think, set”, – stated in the garrison.

It is also reported that the military killed during sleep to control shots in the head, and later tried to set fire to the room to detonate the ammunition, to conceal the crime.

In turn, the representative of the Prosecutor General Andrei Lysenko said the TV channel “112 Ukraine” that the case assigned to the eight types of examinations, after obtaining which can be called the cause of crime.

“Now assigned to 8 types of examination: forensic, chemical, explosive, ballistic, immunological, and the like. As soon as the results of these examinations and the testimony of other soldiers of this unit, you will understand fully picture the conditions under which the murder took place”, – he said.

According to Lysenko, now there is some evidence and “confessions of those guys who shot his colleagues with whom he served in the same unit”.

“It was an attempt to conceal the crime, but… they confessed that they did it. The main reason is the hazing. As it happened, and what were those neustupny relations – will know later”, he added.

In addition, the representative of the GPU assured that if in case there will be new circumstances, investigators can change the article on which the criminal proceedings (the production opened under the article “murder of two or more persons committed on preliminary arrangement” – approx.ed.).

We will remind, earlier the ATO headquarters reported about the deaths of soldiers separate brigade of Marines whose bodies were found in the house where they temporarily lived. Were subsequently established involvement in the murder of two colleagues of the victims who were detained. The soldiers gave a confession.