Trukhanov was released on bail of MP 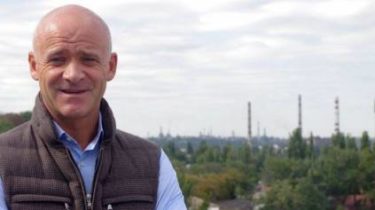 The Solomensky court of Kiev made the decision on measure of restraint for the mayor of Odessa Gennady Trukhanov. He was released on bail of people’s Deputy from the faction of the BPP Dmitry Golubov, who was elected to the Rada on one of majority districts of Odessa region.

The head of the city should hand over the passport, not to leave the locality of residence, to report their movements and to appear in the investigation on the first call. In addition he is banned from communicating with other suspects in the case. Note that with permission of the detectives and the Prosecutor Trukhanov can leave Odessa, and is going to take advantage of this opportunity, as it has planned business trip. The measure will last until the 15th of April, the correspondent of TSN.

Prosecutors demanded to take into custody Trukhanov with the alternative to a bail of 50 million.

While in a hall there was a session on the street there were clashes between young sports people and representatives of the so-called “National guards” which have separate law enforcement agencies. Even shots rang out. Wounded one national guardsman, took him to the er.

As you know, measure Trukhanov and other suspects in the deal was going to vote the night before, but the meeting was moved to today. The measures will choose Deputy Trukhanov Pavel Vugelman and the two defendants – Peter, Zagodirenko and Savchenko.