Gunshot wounds and arrest the shooter. Kiev police announced the details of the incident on trial 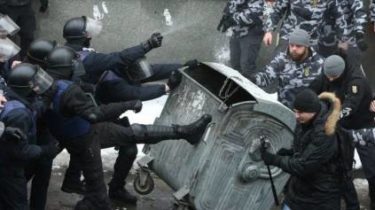 The Department of communication of the police of Kiev has reported the details the shooting, which occurred on 15 February under the building Solomensky court where considered the detention of the mayor of Odessa Gennady Trukhanov.

According to security officials, one of the officers received a gunshot wound to the leg and was taken to the hospital. His condition is not reported.

Arrow, free turn, were detained and taken to the police Department.

“As a result of collision under the courthouse strengthened the police and the national guard. At the scene works investigative team”, – said the press service law enforcement Agency.

Near Solomenskiy district court in Kiev, wounded policeman (ADDED video commentary) the Event occurred during that is…

Now, the security forces continue to serve to ensure public safety and encourage citizens to adhere to the norms of the current legislation.

As reported, under the Solomensky court of Kiev, which examines the measure of restraint to the mayor of Odessa Gennady Trukhanov, clashed and shots rang out. Was injured law enforcement.

Previously, under the court came representatives of the so-called “National guards”. Also in the morning the building was on duty the sports guys. Police and National guard are not just took the courthouse under heavy guard and even blocked the passage to the 4th floor, where the meeting.