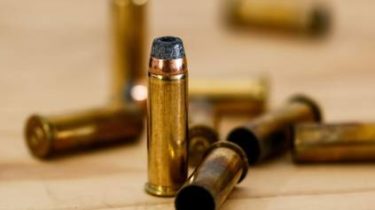 “It was this that sat so home and sat! There was so shot that it was impossible to climb,” says a resident of the village of Granite Elena. Occupied the Kremlin mercenaries of Ukrainian land Granite is seen at a glance. “They don’t restrain themselves! They are the same drum: dill – everything! They’re shooting!”- said about the fire on local Mat soldier with the Callsign “Umka”. That on the Eastern Bank of the Kalmius river are just terrorists, they convince the villagers ‘ own actions. The other day right near his fence light sometimes shot in the arm received by a local resident who was cleaning the snow. The wounded man was operated on, his life is now safe.

Heavy bullets whistling over the heads of people just the day. And even when the streets of the village go to the local school or coming back from school children. Since the last shelling of civilians within a few hours. 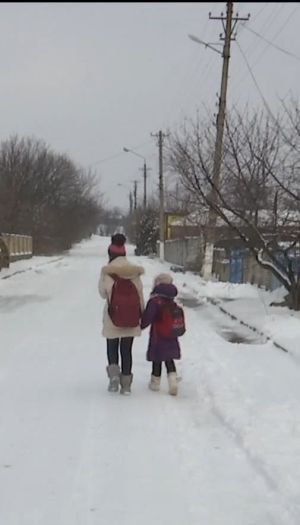 However, this case had no impact on militants, and they continue the shelling. “We were just in the observation post when the heads began to whistle a bullet. And all the bullets passed straight to the village! In one hut flew about six bullets”, – told the “Umka”. The military complain that the locals do not always promptly perform their teams at critical moments. “Then you scream, and they start there until I stood, looked, thought, and then realizes: Oh, the shelling! Well, that’s kind of hard,” admits Mat soldier “White” who is worried about those terrorists do not pay attention.

Say Hello and heard the Ukrainian speech: normal life returned to the liberated soldiers of the ATO Katerinovka

Surprising not only the Ukrainian military fire on civilians from fighters, but my favorites for this weapon. “Even 12.7 and 14.5 mm! 14,5 – it is like anti-tank rifle” – explains the “Umka”. Use this to fire on the village and community, some of whom are children, the military think it is absolutely immoral. People with danger just resigned. “Well, shoot, what to do?”- said the caretaker of the local school Tatiana. Such fatalism just because the locals do not know where to go. “But everywhere is good where we are not. I was born and raised here, and will remain. And my children were born here. And not a single day I never went anywhere,” says a resident of the village Sergey.