Russia forced to stop production at the field, which provides half the gas of Crimea 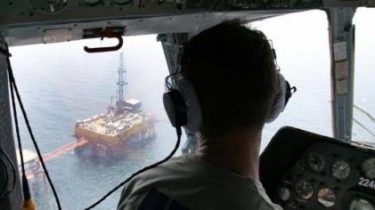 Russia will stop gas production by major field Crimean shelf zone of Odessa. She must make due to the fact that Ukraine complained about her to international arbitration in September 2016 because of a dispute over Maritime rights.

About it writes RBC with reference to sources in the government. This field provides half the needs of the annexed Crimea.

Kiev accuses Russia that it is “stealing natural resources” on the sea shelf, which belongs to Ukraine.

The claim of Ukraine is not released, the case occurs in a confidential manner. RBC sources say that regarding the Odessa field claims Kiev is formulated as follows: Russia’s unresolved economic activity. And termination of production – this is a tactical move, a formal way to withdraw this claim. The question of the return of Ukrainian control over the mine, according to the source, it is not.

To stop the gas production at the Odessa field offers the foreign Ministry, which is involved in a dispute on behalf of the Russian Federation.

“The foreign Ministry decided that if we were there (at the Odessa field) activities shall not conduct, will not be the subject of dispute, says one of the interlocutors. – There is no dispute on accessories (field), there is a dispute over economic activities in the sea borders of Ukraine.”

Ukraine has initiated arbitration proceedings against Russia on 16 September 2016 (the”Dispute concerning the rights of coastal States in the Black sea, the Azov sea and Kerch Strait”). Kiev requires not only the protection of their Maritime rights, but also damages noted in the foreign Ministry of Ukraine. The court for the “illegal use of resources in the Black and Azov seas, the illegal use of the infrastructure of illegal production”, – said the head of the Ukrainian Chernomorneftegaz Svetlana Nezhnova.

In may 2017 in the Hague held its first procedural hearing. Until 19 February 2018 Ukraine must submit to the arbitration Tribunal consisting of five judges, “the evidence base” on how Russia, according to Kiev, “violates the rights” of Ukraine in the Black sea. After that, Moscow will have the opportunity to respond to these facts and to submit possible objections to the jurisdiction of the Tribunal. The decision on the dispute will be submitted no earlier than 2020, it follows from the procedural order of the court.

According to the source RBC, Odessa field is not the primary issue in this process, the main subject is the Crimea (Kerch) bridge. The Ukrainian government, for instance, declared their claims in connection with limitation of navigation through the Kerch Strait due to the construction of the bridge.

Earlier it was reported that Russia illegally killed in anacoana Crimea, more than 7 billion cubic meters of gas.