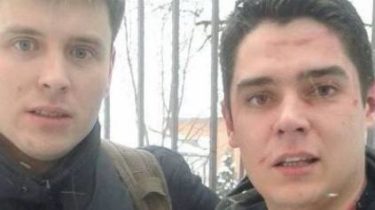 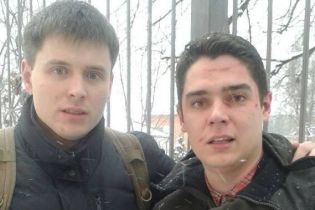 Avtomaydana activist Vitaly Ustimenko was beaten by the men without insignia during a meeting of the Solomensky court about the preventive punishment to the mayor of Odessa Gennady Trukhanov. About it reports “Classtwo.info.”

Journalists indicate that Ustimenko after the announcement of the court decision about release on bail of Trukhanov cried “Corrupt separatist not held accountable!”. Thereafter, he allegedly pointed the Deputy of the Odessa city Council Alexander Ivanitsky and Ustimenko harshly thrown out of the hall.

“Immediately, the Deputy of the Odessa city Council Alexander Ivanitsky gave the order unknown in black to throw him out of the courtroom. What “aunts” and made cruel and very unceremoniously. At the same time, law enforcement officers looked on and did not intervene,” – said in the text.

Is Vitaly Ustimenko. It was lowered from 4-th floor of the courthouse. After the announcement of the court decision about election of a measure…

In turn, another activist Oleg Slabospitsky wrote on Facebook that it, along with Volodya lowered from 4-th floor by stairs.

“(…) Us with him in the courtroom began to beat “tetouani”. As a result, we with Vitalik kneaded “tetouani” and pulled from the 4th floor in the supine position,” – said in a statement.

The court sent Truhanov into the wild. After that deputies of the Odessa city Council has pointed the finger at Vitaly Ustimenko and us with him…

As reported, under the Solomensky court of Kiev, where he considered the detention of the mayor of Odessa Gennady Trukhanov, clashed and shots rang out. Was wounded the militiaman.

Previously, under the court came representatives of the “National squad”. Also in the morning the building was on duty the sports guys. Police and National guard are not just took the courthouse under heavy guard and even blocked the passage to the 4th floor where the meeting took place.