In “Gulliver,” said that have nothing to do with the conflict on several floors of the building 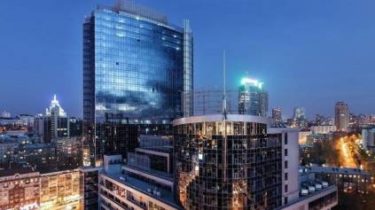 The business-center “Gulliver” is not a party to the conflict around the ownership of 31-33 floors of his building. This is stated in the official statement.

The business center States that these floors by right of ownership owned by “unison group”, so the conflict does not concern any other premises, business center “Gulliver”. The center works in a regular mode.

“The conflict between the ARMA (the Agency for search and management of assets) and designated Manager (Business center “Navigator”) on the one hand and the company “unison group” on the other hand, takes place around the process of transfer of control of office space on floors 31-33, which are owned by “unison group”,” – said in a statement.

We will remind, in the office center “Gulliver” in the city of Kiev, a few floors are the property of the ex-Minister of income and fees Alexander Klimenko and his family members. Assets Klimenko was arrested in connection with a number of productions in relation to its activities. ARMA by the decision of Pechersky court of 28 September 2017 received at its control 31, 32 and 33 floors of an office building, but the agents are constantly faced with the obstruction of access to the premiseswhere such newspaper “Vesti”.

Earlier, the former head of “Minsdokh” reported about suspicion in Commission of criminal offenses under article “creation and participation in a criminal organization and of abuse of official position”. Military Prosecutor Anatoly Matios told about the exposure of large-scale theft schemes Klimenko money from the budget and talked about the enormous number discovered at his luxury property.