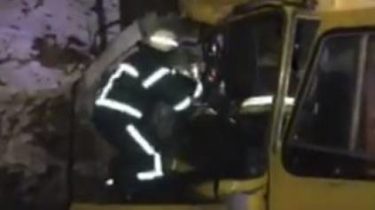 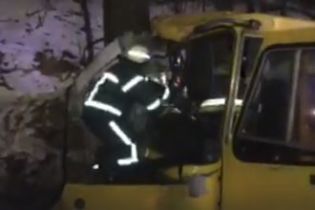 On the street Teligi the accident occurred with two buses “Bogdan” – one of them, which went on route 242 at high speed wanted to change out of their lane and clipped the other, “Bogdan”, which was moving along the route 500.

This is reported by witnesses to the incident.

Both taxis went off the road, one of them crashed into a tree, the other into a column, which tumbled down on the track.

The crash injured 15 people, 2 are in critical condition.

On the site there are several ambulances, and rescue.