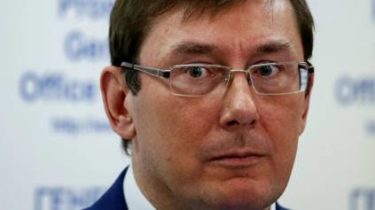 The Prosecutor General of Ukraine Yuriy Lutsenko has signed the idea of bringing to criminal liability, consent to the detention and the submission of election of a measure of restraint MP from “Opposition bloc” Bakulina Eugene.

This was announced on his page on Facebook press Secretary of the Prosecutor General Larisa Sargan.

The submission sent to the Verkhovna Rada of Ukraine”, – she added.

Prosecutor General Yury Lutsenko has signed the idea of bringing to criminal liability, the consent to…

Law enforcement Bakulin is suspected of involvement in the criminal scheme of theft of money “Naftogaz” and “Chernomorka” that is called “towers quickly”.