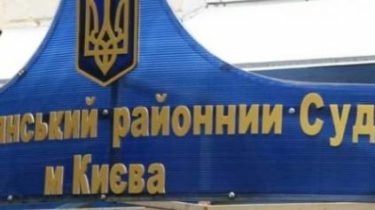 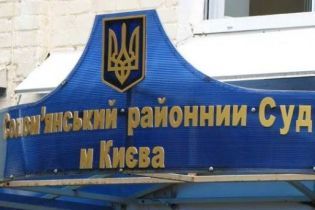 Into the territory Solomyansky district court the city of Kiev were broken into and became an axe to smash the car.

This was reported in Facebook the judge Kitsyuk Victoria.

“The unknown today at lunch he ran into the court yard with an axe and began to crush, moving anticlockwise, there machines. About 10 cars. From broken glass to broken hoods. Weekdays Solomensky court,” she wrote.

The press Secretary of the High Council of justice Oksana Lysenko said that as a result of incident nobody has suffered.

“Another emergency in the court: an unidentified man with an ax ran in the Solomensky court yard and broke about 10 cars. Fortunately, people were not injured! Obviously, the judiciary will have to take measures to protect the security in courts”, – stated in the message.

As reported, under the Solomensky court of Kiev, where he considered the detention of the mayor of Odessa Gennady Trukhanov, clashed and shots rang out. Was wounded the militiaman.

Gunfire and tear gas. There were photos of clashes at court, where he chose a measure of restraint Trukhanov

Previously, under the court came representatives of the “National squad”. Also in the morning the building was on duty the sports guys. Police and National guard are not just took the courthouse under heavy guard and even blocked the passage to the 4th floor where the meeting took place.