“With wet pants was sitting.” Turchynov accused of lying at the trial of former commander of the APU 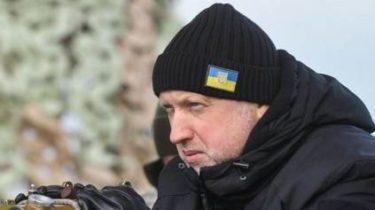 NSDC Secretary Oleksandr Turchynov said that ex-chief of staff of the APU Vladimir Zaman gave false testimony during a court hearing in the case of treason of the fugitive Viktor Yanukovych.

The defence asked Turchynov, why the post of acting President in 2014, he did not support offer Zaman regarding the conduct of offensive action to protect Crimea. The NSDC Secretary said in response that such statements are not true.

“I want to inform you that, unfortunately, Mr. Zaman had misinformed the court about it. Any suggestions to me personally has not been received. Any memos, reports and the like – this can easily be checked on the registration books – from Mr Zaman did not arrive”, – said Turchinov at the meeting of court on 15 February.

He also added that Zaman as the actual head of the Armed Forces should be responsible for the collapse of the Ukrainian army.

“To prove that’s a lie, I saw – I became interested when I read it – with wet pants Zaman sat as you sit now, and was afraid to open his mouth. Like many other “heroes” of today who tell about their heroism,” – said Turchinov.

As previously reported, on February 15 in the case of treason fugitive Viktor Yanukovych questioned the NSDC Secretary Oleksandr Turchynov and former acting defense Minister Mykhailo Koval. Next week for questioning in court want to call the President of Ukraine Petro Poroshenko.